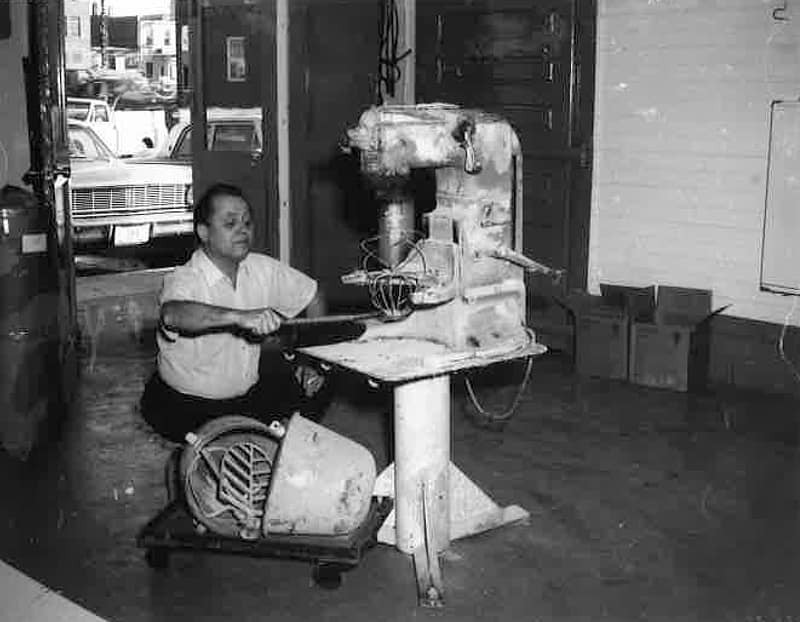 Innovation is at the core of every TransAgra product and agriculture is our heart and soul. ​Since our innovative founder, Herbert Peer, first cultured our proprietary strain of Lactobacillus fermentation product we continue to innovate. Culbac (which stands for “CULtured BACteria”) is unique.

Over the years, our research teams have built on Herb’s initial cultured bacteria discovery. We have refined the process, tested it extensively, and perfected it leading to further advancements and the most effective products on the market.

Today, Herb’s initial discovery coupled with our ongoing research has led to our most recent advancements. These improvements are the basis for our current proprietary Culbac® Probiotic Plus™ product family.

How It All Began

The story of TransAgra originates from a single man whose life dream was to create a product that would enable farmers to maximize profitability while remaining good stewards of their livestock, the land and their communities. This visionary scientist, Herbert Peer, achieved his goal in 1960 when he discovered TransAgra’s proprietary strain of Lactobacillus fermentation product and developed a unique fermentation process to culture it. Paul and Irwin Hansen and their company Ferma-Gro helped produce and market this product as an animal feed supplement. Further research demonstrated that his biotechnological innovation enhanced the digestive health and, by default, the performance of a broad range of livestock species. This product soon became dubbed Culbac.

Following Culbac’s successful debut in the animal nutrition industry, additional research was conducted in the early 1970s to introduce two new Culbac product lines for forages and crops. We also built a manufacturing plant with customized fermentation equipment long before the term “probiotics” was coined.

In the mid-1970s, Ferma-Gro was acquired by Texas Gas and Transmission because they were looking for a biofuel. Though they didn’t discover the biofuel they were looking for, TGT invested millions of dollars of researching and improving the Ferma-Gro agricultural product lines. This is when TransAgra was born.

In 1984 TransAgra was purchased by one of its own salesmen, Henry Sakai. “It was a risk,” recalls his daughter and current company president, Lisa Sakai. “Thirty years ago no one had ever heard of probiotics or prebiotics and Culbac was already more advanced than either of these. However, my dad believed that the unique characteristics of Culbac could give producers a natural alternative to more traditional products.” Under Lisa Sakai’s leadership, we remain committed to Herb’s guiding principles of producing natural products that benefit farmers, growers, the communities they live in while providing healthy food for the world.

As a second-generation owner, I want to ensure that this legacy continues,” adds Lisa. “With today’s growing trend towards more sustainable agriculture, more and more people are discovering the effectiveness of Culbac. As TransAgra grows, I realized that sustainability should not apply just to agriculture but to our company culture as well. We’re not flashy. We’re not glamorous. We’re ethical. We’re loyal. We believe in quality and we’re here for our customers and employees for the long haul.

Today TransAgra strives to provide naturally effective solutions to producers of all stripes, from dairymen to citrus growers, in all parts of the globe, from the American Midwest to Canada, Mexico, Guatemala, Honduras, El Salvador, Egypt, Turkey, Sudan, Taiwan, Korea, and Japan.

Our dedicated employees work tirelessly to ensure each small batch fermentation meets precise standards to assure the product efficacy and purity which our customers have come to expect over the years.

TransAgra’s line of Culbac products combine tradition with modern innovation. We take pride in the fact that we do not include antibiotics or any medications in our animal nutrition products. Our sales team emphasizes the importance in listening to our customers and addressing their needs. Our researchers strive to stay current in the latest scientific advancements and literature. Our quality control staff ensures product integrity by monitoring our production processes and by securing third-party certification under the Safe Feed-Safe Food program (tooltip). The result of our collective hard work is an array of safe, wholesome and effective animal nutritional supplements, crop preservatives and plant biostimulants which our customers can use with unbridled confidence.

We use cookies on our website to give you the most relevant experience by remembering your preferences and repeat visits. By clicking “Accept”, you consent to the use of ALL the cookies.
Do not sell my personal information.
Cookie SettingsAccept
Manage consent

This website uses cookies to improve your experience while you navigate through the website. Out of these, the cookies that are categorized as necessary are stored on your browser as they are essential for the working of basic functionalities of the website. We also use third-party cookies that help us analyze and understand how you use this website. These cookies will be stored in your browser only with your consent. You also have the option to opt-out of these cookies. But opting out of some of these cookies may affect your browsing experience.
Necessary Always Enabled
Necessary cookies are absolutely essential for the website to function properly. These cookies ensure basic functionalities and security features of the website, anonymously.
Analytics
Analytical cookies are used to understand how visitors interact with the website. These cookies help provide information on metrics the number of visitors, bounce rate, traffic source, etc.
Advertisement
Advertisement cookies are used to provide visitors with relevant ads and marketing campaigns. These cookies track visitors across websites and collect information to provide customized ads.
Others
Other uncategorized cookies are those that are being analyzed and have not been classified into a category as yet.
SAVE & ACCEPT
Powered by